Court Dances for Flute and Piano

In Court Dances, Amanda Harberg’s palette sparkles with her trademark sense of magic, delight and warmth. Initially inspired by the fast and syncopated bounce of a squash ball, Court Dances grew into a celebratory and soulful suite in three virtuosic movements. Court Dances was co-commissioned by 57 flutists from around the world in a consortium that was spear-headed by flutist Cobus du Toit. It was premiered at the National Flute Association convention in Minneapolis in August, 2017 by Mr. du Toit, with the composer at the piano. 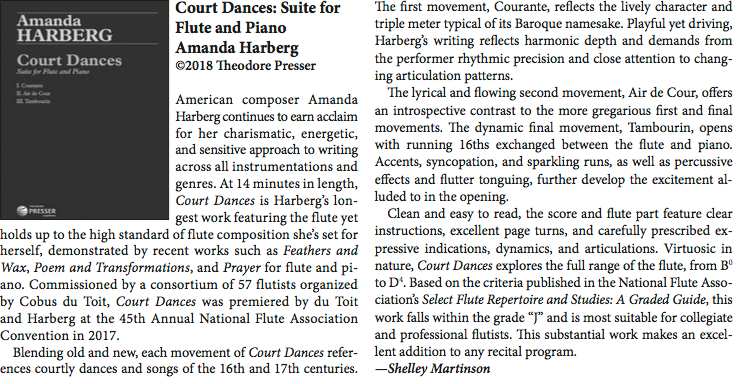